Do you have an artistic flair for putting large projects together? When other people talk about heroes, do you automatically think of Scorsese, Spielberg, Howard and Tarantino? Directing could be for you! 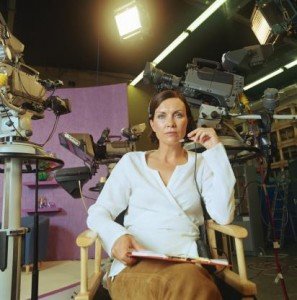 Creative decisions on a production are made by a director, often in line with several area-specific assistants. You would be active not only during production of the enterprise, but also during pre- and post-production operations.  You would choose and direct actors for different roles and give them direction on how to portray a character. Working with a variety of art, set, costume and other directors, as well as editors and special effects personnel, you control the artistic aspects of the production, reporting to and working with the executive producer.

A director must have exceptional skills in communication, creativity, management and leadership. You must work well under pressure, both because of production issues and having to g new work on a regular basis, as work assignments typically last anywhere from a day to several months. You must have determination to continue working when filming in poor weather conditions, pulling long hours and without many breaks or days off during filming.

Directors typically have a minimum of a bachelor’s degree, usually in a related field such as writing, journalism, theater, acting, film or communications, as there are no specific programs available for directors. A master’s degree in fine arts is very helpful for advancement in the field.

Steps to Become a Director

After completing an educational program in a related field, you would go through several years’ of work experience, including acting, writing, film editing, choreography and assisting established directors on a set. As your reputation grows, you will have opportunities to work in larger and more expensive productions.

Not quite what you’re looking for? Here are some similar career paths you might find interesting: