If you love cooking and enjoy a challenge, you may want to become a sous chef. Becoming a sous chef is the best path to becoming head chef or executive chef, but it’s not for the timid.

What Is a Sous Chef? 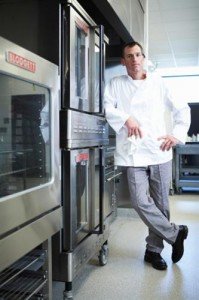 The sous chef needs to be extremely knowledgeable of everything going on within their kitchen.

A sous chef is like an assistant manager within a kitchen. The sous chef works directly under the supervision of the executive chef or head chef and oversees the operations of the kitchen.

A sous chef will be able to manage the kitchen staff but will still have neither the responsibility nor the authority of the head chef. Sous chefs are usually found in better and more prestigious restaurants where the cuisine is given an appropriate amount of attention.

Sous chefs usually have many years of training. Though they are an assistant, they are still expected to be extremely reliable and knowledgeable professionals. Many sous chefs have attended a culinary arts school and worked for more than a few dining establishments.

Like an assistant manager, a sous chef is considered to be in charge when the executive chef is not. As many head chefs do not directly run their kitchen, this can leave the sous chef in charge for long periods of time.

What Does a Sous Chef Do?

The sous chef needs to be extremely knowledgeable of everything going on within their kitchen. A sous chef will often be tasting the food as it is created and ensuring that the quality of the food is up to the standards of the restaurant.

Many sous chefs are extremely talented individuals that are well-versed on the most popular and current methods of cooking. A sous chef also needs to deal directly with the kitchen staff.

A kitchen is an extremely high pressure and even dangerous environment. Sous chefs also need to ensure that safety standards are met. This includes both the safety of the kitchen working environment and the food health standards.

Sometimes a sous chef will help the head chef plan their menus, but this is usually only done in extremely fine dining establishments where the menus are changed with regularity.

How Do You Become a Sous Chef?

A sous chef will usually have many years within the industry as a cook. Most sous chefs have graduated from a culinary arts school and have trained under chefs for some time. Apprenticeships and internships are often available through school programs that match students with chefs to learn more. A sous chef needs to show that they are willing to learn and that they have the personality necessary to lead.

How Do You Advance as a Sous Chef?

A sous chef usually has the eventual goal of becoming a head chef or an executive chef. This can take many years, and it may take over a decade for an individual to go from an entry-level culinary arts student to a head chef.

Head chefs are highly prized for their creativity, skill and talent. To become a head chef, a sous chef will not only have to prove themselves over many years but will also often have to network and to work at many successful restaurants. Reputation is extremely important in the culinary field. As the Bureau of Labor Statistics reports, the job growth is slow which makes it a competitive field.