A software developer works in a variety of industries to create, modify and test software programs. 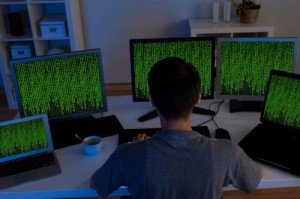 Software developers can be responsible for the creation of web-based applications, cloud-based Software as a Service applications, video games, accounting software, medical software and more. Software developers usually work in teams and they need to be intelligent, adaptive, creative and knowledgeable. Many developers work in multiple programming languages, but some of them specialize in a specific and broad language such as C++.

Software developers have a median pay of $90,530 a year, and the majority of them hold a Bachelor’s Degree in a related field such as Computer Science or Information Technology. The job outlook for software developers, according to the Bureau of Labor Statistics, shows a very fast growth of 30 percent projected from 2010 to 2020.

$90,530
Bachelor's Degree
None
None
913,100
30%
270,900
Find Related CareersSOURCE: US Bureau of Labor Statistics
This makes software development an excellent field for those interested in job security.

What Does a Software Developer Do?

A software developer will often create a project management timeframe that has certain project milestones and deadlines, and occasionally the developer will be responsible for the delegation of work among a small programming team or a large group of programmers.

Software is usually developed through a specific process, and there are many types of process that are used through the industry. The waterfall methodology model, as an example, is a sequential design process that goes step-by-step through the process. The agile model, on the other hand, is a more flexible system. The software will be programmed according to a certain development model and will undergo revisions and testing throughout the development.

How Do You Become a Software Developer?

Becoming a software developer usually starts with the acquisition of a Bachelor’s Degree, though it is also possible to get an Associate’s Degree in a related field. Software developers need to be extremely knowledgeable about both development management processes and software programming, which means they often need to be in the industry long enough to gain valuable experience in project management.

How Do You Advance as a Software Developer?

Software developing is already an extremely advanced field. Those that are interested in gaining more freedom through their work can start independent development studios. The overhead on these studios is usually fairly low, as the majority of the cost is in labor. Software developers interested in achieving a higher rate of pay can specialize in specific types of software. Systems software developers, as noted by O*Net Online, have an annual rate of pay at $99,000.