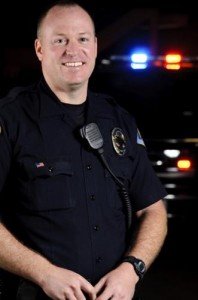 From Andy Griffith to that state trooper who doesn’t give anybody a break, the decentralized nature of the most fundamental level of law enforcement, the police officer, brings about a range of requirements for becoming one that varies from state to state, and, sometimes, even from town to town.

Being so fundamental, however, works to the advantage of many, as the large demand for police officers makes the requirements significantly lower than those of central government agents and the like. This most basic level of law enforcement is responsible for patrolling the local area in order to detect and prevent crime, hopefully before it happens. Additionally, police officers may be called on to do local investigative work, various special assignments that may or may not make a great episode of Cops, and spend an hour filling out paperwork whenever something exciting happens.

While being part of local law enforcement means that the highly impersonal skills, such as the ability to fight hackers and money launderers, are not nearly as important for the prospective police officer, the ability to connect with the community and forge a relationship with those around you becomes paramount.

Though highly variable, the requirements for qualifying for a police officer position can be distilled down to a number of basics.

There are anecdotal stories all over the Internet that speak of experienced law enforcement personnel training newcomers with college degrees in sociology and psychology, but no experience, who replace them.

Given this focus on credentials depends on who is running the show locally, it is impossible to be certain precisely how at-risk a particular position is simply by the title. In order to remove this threat, a degree in the soft sciences, such as sociology or psychology, or a crime-focused degree, such as criminal justice or criminal psychology is very strongly recommended.

To become a police officer, you must be at least 20 years of age when applying and at least 21 years of age when you are given your badge. Further, those who enforce the law of the land must also be citizens of the United States of America. Some law enforcement systems have a maximum age limit of 70 years of age, but this is not universal. From Texas to Ohio, the lower limit age restriction holds fast.

Given police officers drive around in police cruisers, it is necessary that you have a valid driver’s license that is allowed to drive a class A vehicle.

Trying to become part of the law enforcement system brings about a very strict check of your criminal history. Every single instance of a police report being filed with you as the suspect, victim, or even a complainant is scrutinized and every traffic ticket is a point on the graph.

Further, given the Omnibus Consolidated Appropriations Act of 1996 carried the Domestic Violence Offender Gun Ban as a runner, if you have ever been convicted of domestic violence, stop considering this career now. The ban causes you to be unable to use a gun lawfully, making it impossible to qualify for most police positions.

The overall prescription is simple. Live a clean, lawful life and maintain your body to the standards required to pass whatever physical is thrown your way. Acquire a college degree, take an interest in your local community, and, before you know it, you will be a police cruiser protecting your home town.